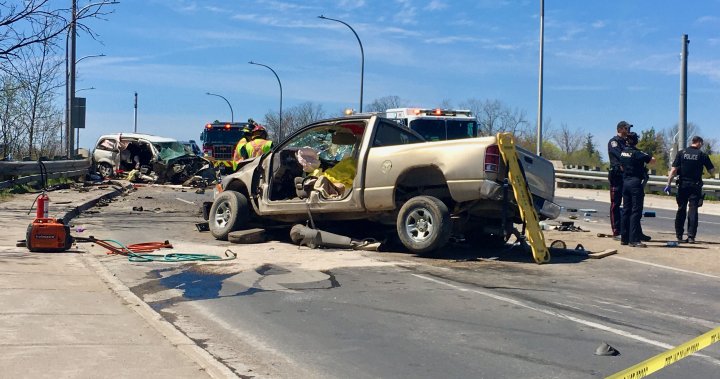 Police say one person died in a major collision on Landowne Street East in Peterborough on Monday afternoon.

The collision happened near the intersection of River Road South, just over the Lansdowne Street Bridge, at around 1.55pm.

According to the Peterborough Police Department, a westbound vehicle collided with oncoming vehicles at the intersection. Six vehicles were involved in the collision.

Police say a 65-year-old man who was a passenger in a van that was struck died at the scene. The victim’s name has not been released.

The area was closed to traffic until around 10 p.m. while the police department’s traffic reconstruction team investigated.

The cause of the collision remains under investigation.

Anyone who witnessed the collision or has dash cam footage is asked to contact Peterborough Police at 705-876-1122 or Crime Stoppers at 1-800-222-8477 or online at www.stopcrimehere.ca