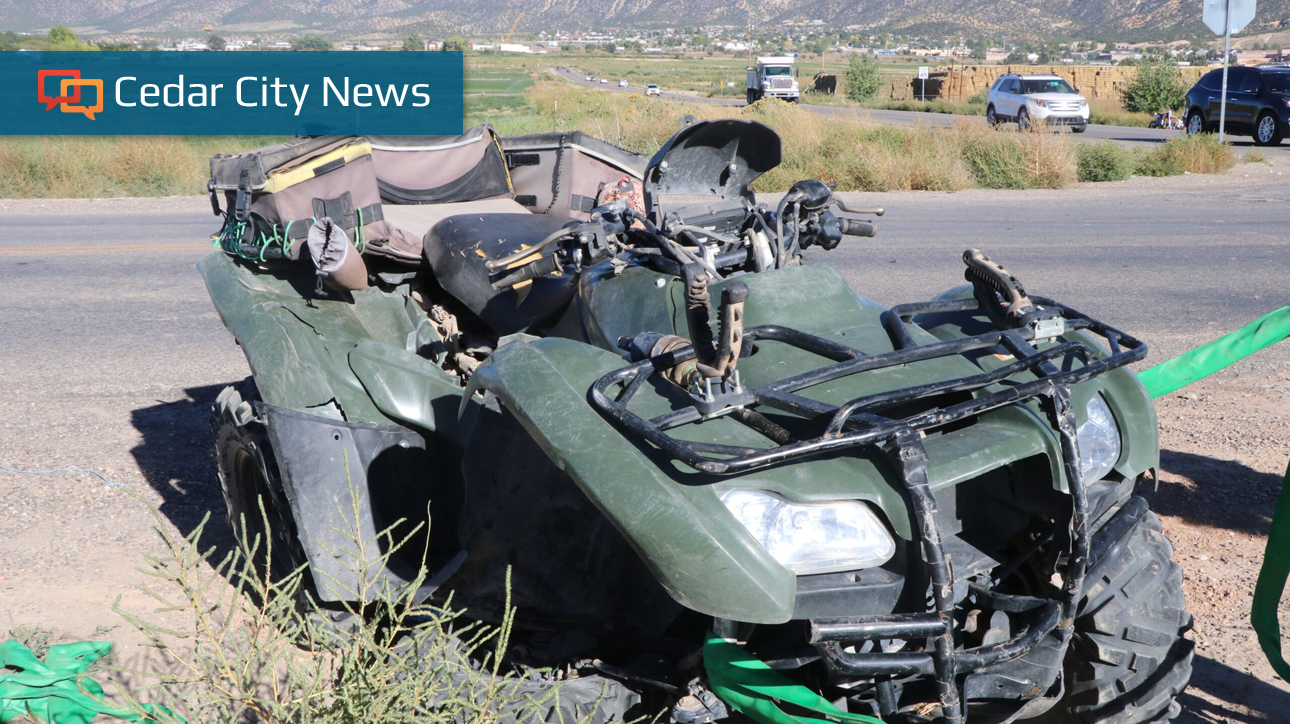 CITY OF CEDAR – A 13-year-old boy was taken to hospital on Tuesday afternoon after the all-terrain vehicle he was driving was struck by another vehicle.

Cedar City Police Sgt. Tim Bonzo said the incident happened around 4:30 p.m. at the intersection of Bulldog Road and 2400 North.

The boy who was riding the ATV was heading east on 2400 North behind two other teenagers who were riding an off-road motorcycle, Bonzo said. Although the two motorcyclists crossed Bulldog Road safely, the ATV was struck by a Northbound Ford Explorer, he said.

â€œWe’re not sure what happened or the speeds, but they collided in the middle of the intersection,â€ Bonzo said, adding the impact knocked the boy off the ATV.

â€œHe had a helmet,â€ Bonzo said. â€œHe was taken to the hospital. We are not sure of his injuries.

Neither the driver nor the passenger of the Explorer was injured, Bonzo said. The vehicle sustained minor damage to the front but was still roadworthy, he added.

During this time, the ATV sustained significant damage, including a broken wheel. He was loaded onto a trailer to be removed from the scene.

Bonzo said at the scene that no citation had been issued, pending further investigation.

â€œAt the moment, it’s still under review,â€ he said.

This report is based on preliminary information provided by law enforcement and may not contain all of the findings.

Jeff Richards, originally from Salt Lake City with family roots in Panguitch, lived in Moab for 20 years before joining St. George News in 2017. Jeff is a longtime journalist and high school teacher. He and his wife Penny are the parents of five daughters. They also have two young grandsons. Jeff and his family enjoy swimming, camping, sightseeing, reading and taking photos.