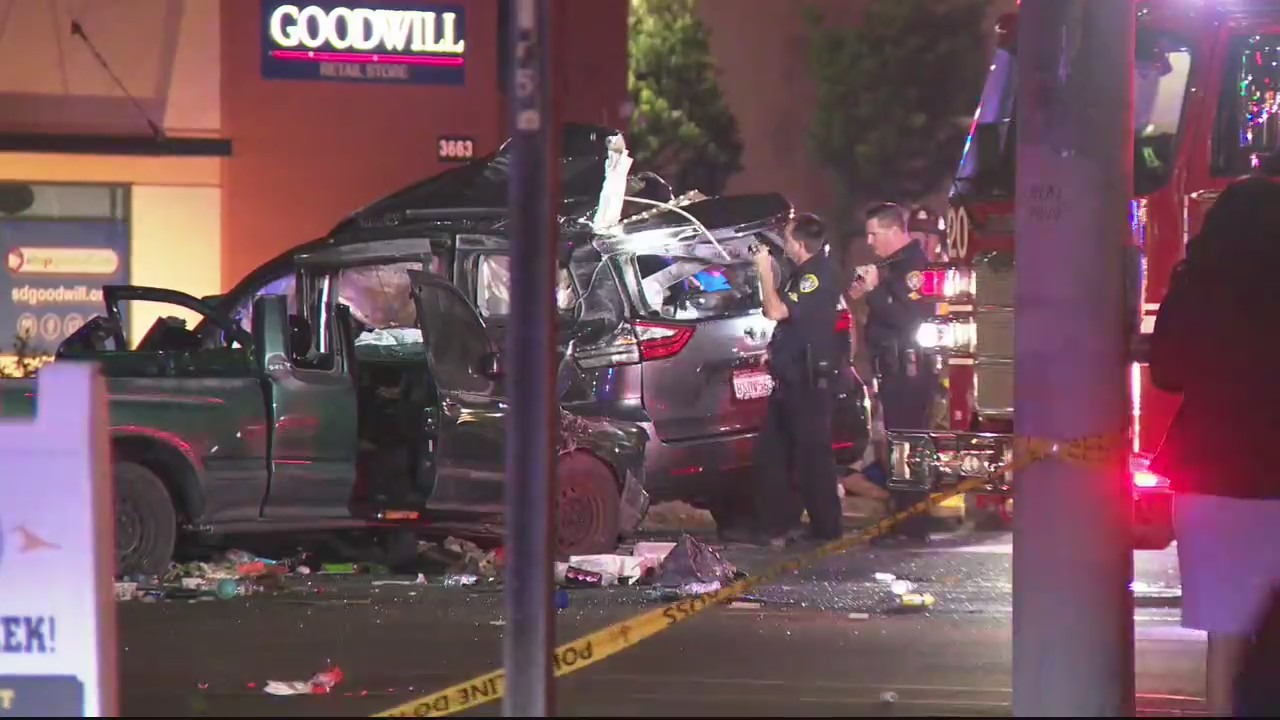 SAN DIEGO — Two people were killed and three were hospitalized Saturday night in a crash near a busy intersection in the Midway District, authorities said.

Shortly after 9 p.m., the crash involving a pickup truck and van was reported at Camino Del Rio West and Sports Arena Boulevard, San Diego police said. It’s unclear how the accident happened, but the result left both vehicles visibly damaged at the intersection as crews were on the scene.

The two deceased were among people in the van, police said.

The three injured were transported to Scripps Mercy Hospital and UC San Diego Medical Center. The severity of their injuries has not been disclosed.

None of those involved in the crash have been publicly identified by police.

A number of roads are closed while crews investigate the crash. They include:

These closures are expected to last until 3 a.m. Sunday and motorists are urged to take alternate routes.

Check back for updates on this developing story.