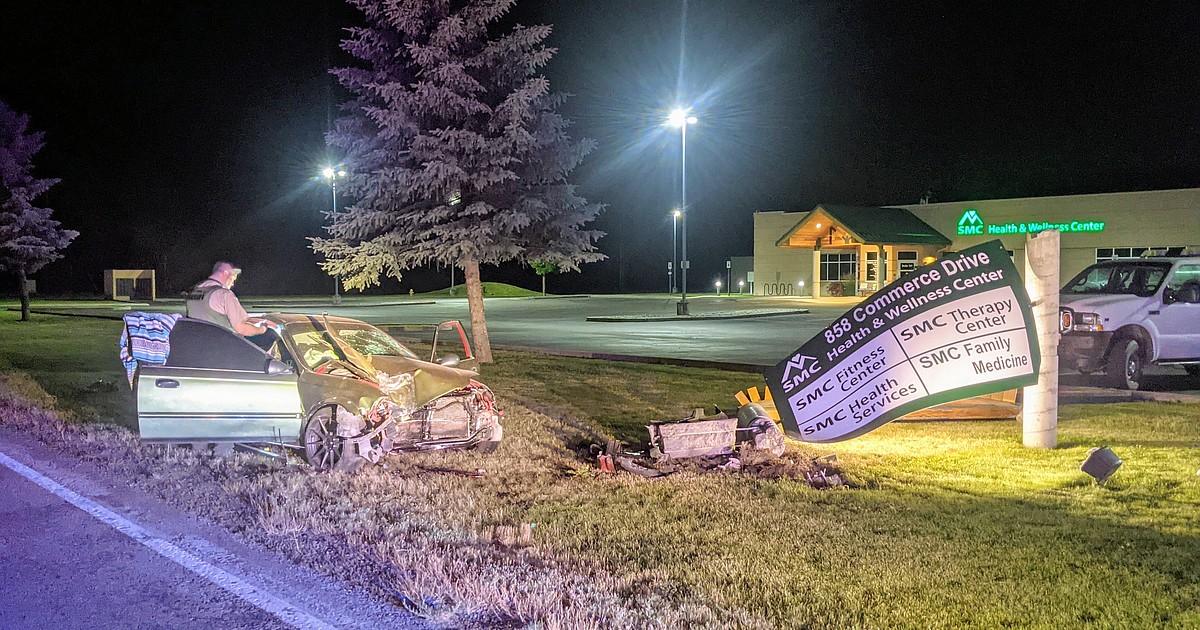 A dead in a collision between a vehicle and a sign

Shoshone County Sheriff’s Office Cpt. Jeff Lee reports that the first 911 call came around 9:45 p.m. from a motorist following the involved vehicle since they both pulled out onto Commerce Drive westbound from the Smelterville Walmart parking lot.

The declarant said at the scene that he saw the heavily customized two-door Honda Civic swerve and come back onto the road several times before descending a gravel path that begins at the west turn of Commerce Drive. The vehicle then returned to the main road heading south, at a speed of about 35 to 45 mph, and jumped over a curb at the entrance to the parking lot of the Shoshone Medical Center Wellness Center and struck a column of the sign. welcome from the building.

Upon contact with the column of concrete and rebar that was buried about five feet in the ground, the Civic rotated 180 degrees and came to a stop beside the panel. As a result, the solid column had been completely broken in half and the front of the Civic was badly crumpled.

The driver and sole occupant, identified as Aimee Milton, 25, was not wearing a seat belt at the time of the incident.

Witnesses to the crash, including the initial report and residents of the nearby Silver Leaf apartment complex, were the first on the scene and were quickly followed by an SCSO deputy and EMS staff from the fire district Shoshone County No. 2.

After starting CPR at the scene, paramedics took Milton by ambulance to Shoshone Medical Center in Kellogg where she would succumb to her injuries.

While the investigation is ongoing, Cpl. Lee says alcohol is believed to have been a factor in the crash.

Lee and SCFD No.2 firefighter Nick Waites both later stressed the importance of wearing a seat belt while driving, as a life could have been saved on Friday night.

The next of kin has been notified.