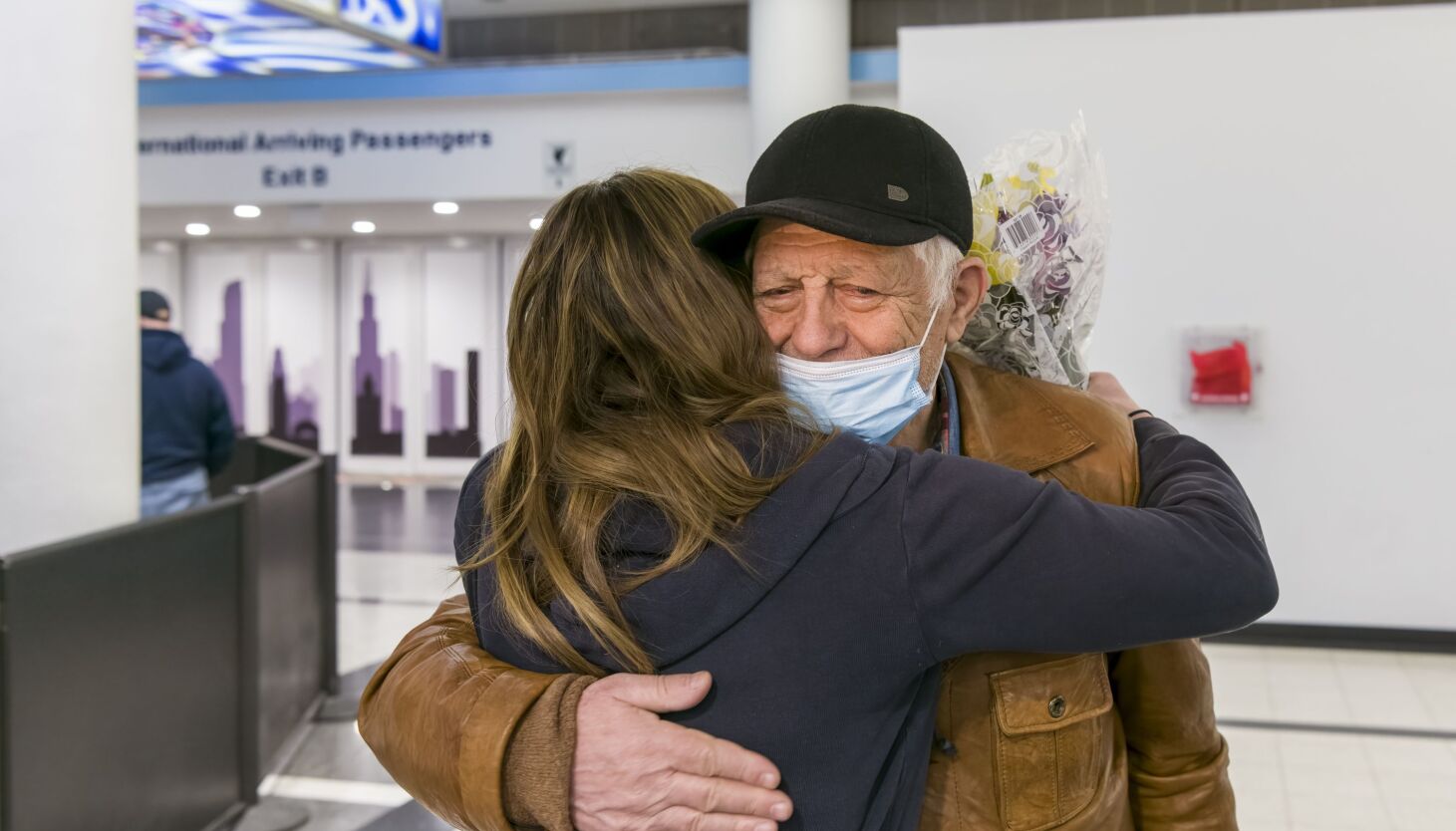 Good afternoon. Here’s the latest news you need to know in Chicago. This is an approximately 5 minute read that will educate you on today’s biggest stories.

Mark Shoykhet smiled with relief when he saw his niece standing outside the customs gates of Terminal 5 at O’Hare Airport last night.

He and his wife, Ada, were exhausted after almost a week wondering if they would be able to flee Ukraine as the Russian invasion intensified.

The first thing Shoykhet told Birov was that he was tired and unshaven. He also said he had had at least one glass of whiskey on the flight from Warsaw, Poland – I guess there was no need for the vodka Birov packed with it after all.

Then came Ada, 81, through the doors. She became emotional when she kissed Birov, who had a bouquet of flowers for her.

Birov was finally reunited with her uncle and aunt, whom she spent countless hours over the past week helping get to Chicago.

Birov, whose parents came to the United States from Ukraine before he was born, had spent weeks trying to encourage his aunt and uncle, who live in the Ukrainian capital of Kiev, to leave.

While Birov scoured Signal to find available travel arrangements for his family, Ada and Mark Shoykhet spent a lot of time in a bomb shelter in Vasylkiv, Ukraine, about 20 miles south of Kiev. While they were there, Birov said, a bomb fell on an apartment building less than half a mile from where they were.

Birov doesn’t just want to help his family. She was able to help at least six other people leave Ukraine in the past week – and she’s not done yet.

Highland Park’s robotics team is competing in a state tournament and hopes to bring their program to CPS.

Last season, when the FIRST Tech Challenge was virtual due to COVID, the robots fired small rings at a target. This year’s competition is called “Freight Frenzy”.

“The focus this year basically comes down to picking up balls, blocks and ducks,” says Jacob Hoyt, outreach captain for Highland Park’s 18529 Rust in Piece team.

Rust in Piece is one of 36 teams in the FIRST Tech Challenge Illinois Championship Tournament at Elgin Community College on Saturday.

The team got together to fine-tune their robot yesterday in Aiden Cohen’s basement, where several competitive robotics careers were born.

There is a non-technical ethical aspect to the contest called “graceful professionalism”. Rust in Piece loaned tools and materials to other teams in the middle of competitions and created a course which they began teaching to 5th graders.

They took the program to Wilmot School in Deerfield.

The program, launched in a single 5th grade class, will roll out to all four Deerfield elementary schools next year. The teens also met with Chicago Public Schools today, and the plan is to bring their curriculum there for 5th graders as well.

The message they deliver, Cohen said, is, “Hey, that’s what we do. We build robots. But we also try to make the community better.

From the press gallery

What’s the one thing previously canceled by the pandemic that you’re looking forward to enjoying this year?

Email us (please include your first name and place of residence) and we may include your response in the next afternoon edition.

Yesterday we asked you: how would you describe St. Patrick’s Day in Chicago to someone new here?

Here’s what some of you said…

“Party in the streets and celebrations as the river turns green.” — Carole Spevacek Smith

“Alcohol, sweat and vomit. In this order.” – Ricardo Morales

Thanks for reading the Chicago afternoon edition. Think we missed a story? Email us here.

HealthPoint Plus launches V3.0 of their complete solution