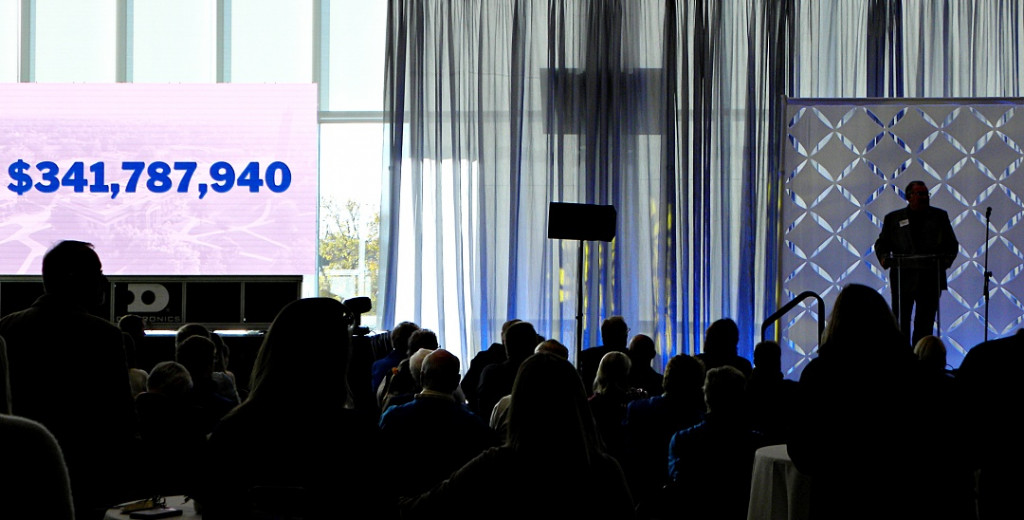 BROOKINGS – South Dakota State University on Thursday announced its goal of raising $ 500 million as part of its third comprehensive campaign in school history.

Bold & Blue is South Dakota’s largest philanthropic fundraising initiative ever, with a target amount of nearly double the funds raised.

“It is a reflection of the trajectory of our university,” said Dana Dykhouse, president of First Premier Bank and campaign co-chair. â€œThe economic future of our state and region needs the SDSU to remain a vibrant and growing university. This historic investment in SDSU during this campaign will do just that. “

Dykhouse said more than $ 340 million was committed during the leadership phase, which began on January 1, 2017. The leadership phase is designed to test donor interest; It is common for a campaign to go public once 60-70% of the goal is achieved.

Bold & Blue is a people-centric campaign that emphasizes investments in four main areas: our people, our places, our traditions and our innovations.

Most of the campaign will focus on people: scholarships for students, endowments for faculty, and leadership and research positions to attract and retain top academic talent.

The campaign includes an investment in new and revitalized facilities. The largest and most significant facility in the venues category is SDSU’s nearly 50-year-old basketball arena renovation. First Bank & Trust donated $ 20 million to defend this project, which is estimated to cost $ 50 million.

The innovations align with the university’s first-time land grant status and the continued growth of precision agriculture, biotransformation, and research in drug development and delivery.

â€œComprehensive campaigns are essential to the success of our university,â€ said SDSU President Barry Dunn. â€œThe generosity of our donors has helped differentiate our university for decades and Bold & Blue will continue this legacy. The campaign will strengthen all areas of our university and provide even more opportunities for the best and the brightest to pursue their academic dreams and graduate from a top university like SDSU.

The focus is on increasing the amount of scholarship funding and faculty support, especially in the form of endowments that are invested and provide income to the university in perpetuity.

Dykhouse is chairing the campaign with Kim Tyler, 1982 graduate and retired Kellogg Co. executive, 1958 alumnus Jerry Lohr and founder of J. Lohr Vineyards and Wines as honorary chairman. Lohr has played a leadership role in all three of the university’s campaigns.

â€œOur university is the first – and will remain so – thanks to the generosity of tens of thousands of people,â€ said Dunn. â€œThe bold initiative we are announcing today will continue to transform this university and shape the lives of students for generations to come.

Keith and Cathy Rounds of Brookings are chairmen of Sylvan Circle, the estate planning company inherited from SDSU. SDSU and the SDSU Foundation recruited 12 individuals and couples to serve on the campaign cabinet, and 14 companies for the business and industry cabinet.

Consider this from NPR: NPR