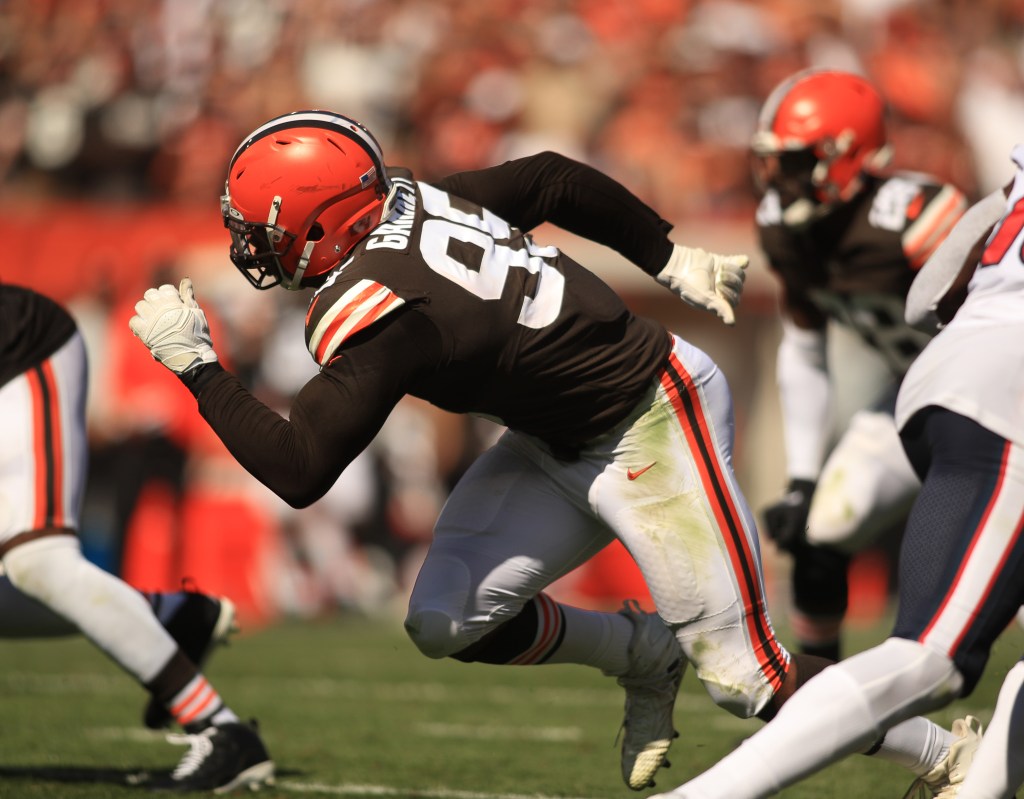 The Browns have allowed 54 points in two games. Opponents convert to third down 63 percent of the time (17 of 27) and they have three sacks – just one from Myles Garrett, whose goal remains to be defensive player of the year.

“It’s the NFL so they’re not going to wait for us,” defensive coordinator Joe Woods said. “We are working hard to improve in areas where we are not playing well at the moment. It was the accent that we had all week. It really comes down to all of us who really play together as a unit.

“For us as coaches it’s just about making sure we plan the game and putting the guys in the positions they need to be to make plays. Sometimes it looks good, and sometimes we know there are things we need to fix. “

Security John Johnson III says the problem is secondary and the couriers aren’t synced often enough. That should change on September 26 when the Browns face Bears rookie quarterback Justin Fields.

“We gave up a few touchdowns in the quarterfinals and we had good defense in the back, but our rush lanes weren’t completely intact and they ended up with a touchdown,” Johnson said. “Then we also had a great rush. Our guys got home in under two seconds but we were playing too soft or playing too deep and they made a pass.

• Anyone attending the game with the Bears at FirstEnergy Stadium might want to stay in their seat during halftime to see four former players inducted as Browns Legends.

Receiver Webster Slaughter and Return Specialist Josh Cribbs will be honored with the Class of 2020. The ceremony was postponed last year due to the novel coronavirus pandemic. The late Bill Nelsen, 1968-1972 Browns quarterback and former linebacker D’Qwell Jackson will be honored as inductees in 2021.

The Legends program began in 2001 – the third year of the reborn Browns’ existence as an expansion team. All members of the Browns Pro Football Hall of Fame have been automatically inducted as Legends.

Here is a complete list of Legend members with the year they were inducted. Note: The late Gene Hickerson was in the Legends First Class 20 years ago. He was inducted into the Hall of Fame in 2007. Also, there was no Legends class in 2019 because that year the Browns added Clay Matthews to the Ring of Honor inside FirstEnergy Stadium.