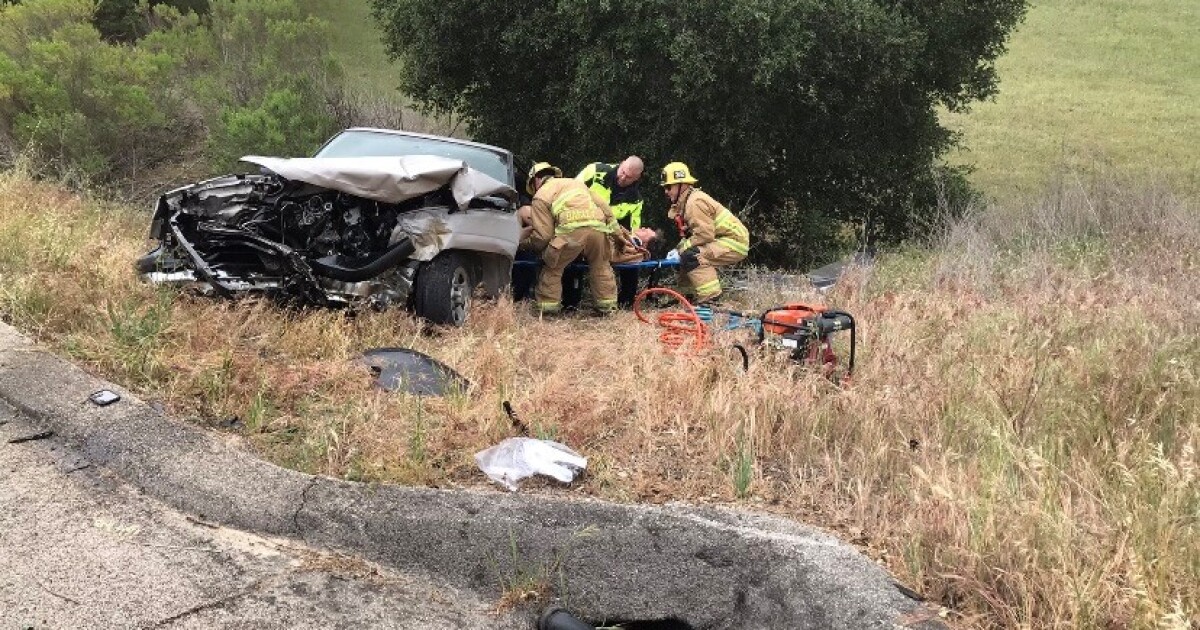 CHP is investigating a head-on collision on Route 154, leaving one seriously injured

According to CHP Buellton’s collision report, the two-vehicle crash occurred at 10:49 a.m.

Authorities said a 69-year-old driver from Los Olivos was heading west on the 154 Freeway in a 2004 Chevrolet Silverado. The report says a 37-year-old man from San Francisco was driving a 2021 Chevrolet Blazer on Highway 154 eastbound with two passengers.

The preliminary report revealed that the 2004 Chevrolet would have rolled into the eastbound lane, causing the head-on crash.

The cause of the collision is under investigation. No arrests were made.

—
The California Highway Patrol invests in a head-on collision on Highway 154, half a mile northwest of Los Olivos.

Santa Barbara County Fire Department officials said four people were injured, including one who was airlifted to Cottage Hospital with serious injuries.

The other three were transported to Cottage Hospital by land.

Traffic has been halted on Foxen Canyon Road and the highway remains closed for investigation.

This is a developing story and will be updated as information becomes available.

7 ways to save money on car insurance as inflation soars

The planning commission receives the monthly update of the overall plan