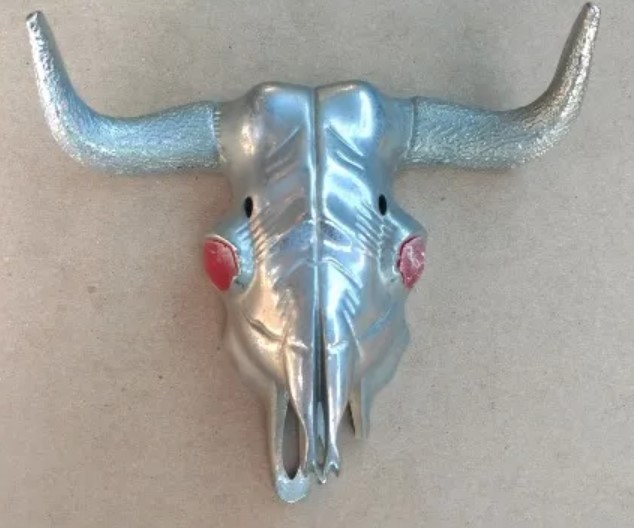 Delaware – Delaware State Police Collision Reconstruction Units (CRUs) based across the state are seeking help with fatal hits and misses in cold weather.

Here are six cold case investigations that units have worked to solve, but no leads or additional information have been provided over the years.

This incident happened around 11:48 p.m. on Thursday May 4, 2017 when an unknown driver driving a dark sedan southbound on McKee Road approached Kevin S. Freese, 52, from Dover, who was riding a bicycle in the same direction. The vehicle approached the bicycle from behind and struck the rear tire of the bicycle causing the victim to be ejected and come to rest on the grassy shoulder along the southbound lane. The dark sedan fled the scene heading south.

Kevin S. Freese, who was not wearing a bicycle helmet, was rushed to the emergency room at Bayhealth Kent General Hospital where he succumbed to his injuries.

Soldiers investigating the collision were able to recover a piece of hood molding and match the part number to a GMC Envoy between the years 2002-2009. Witnesses at the scene described the vehicle as a dark, small SUV that competes with the recovered part.

Anyone with information regarding this accident should contact Sergeant J. Wheatley by calling 302-698-8518. Information may also be provided by calling Delaware Crime Stoppers at 1-800-TIP-3333 or via the Internet at www.delawarecrimestoppers.com.

The investigation determined that at approximately 9:02 p.m., Monday, December 24, 2018, two pedestrians were walking northbound on DE Rt. 141 (Center Rd.) in the right turn lane for DE Rt. 48 (Lancaster Pike ). A vehicle of unknown make and model traveling northbound on DE 141 in the right-turn lane struck the two pedestrians from behind, approximately 400 feet south of the intersection with DE 48.

A pedestrian, a 37-year-old man from Wilmington, was thrown into a ditch on the east side of the roadway. He was assessed by EMS at the scene and refused medical treatment.

The second pedestrian, Bryan K. Lott, 32, of Philadelphia PA, was thrown onto the roadway where he came to rest in the right lane of northbound DE 141. He was taken to Christiana Hospital where he was pronounced dead.

Anyone with information regarding this accident should contact Master Corporal J. Breen at 302-365-8486. Information may also be provided by calling Delaware Crime Stoppers at 1-800-TIP-3333 or via the Internet at www.delawarecrimestoppers.com.

The incident occurred on Monday, December 23, 2019 at approximately 8:11 p.m., when an unknown vehicle was traveling westbound on Zoar Road west of Fieldwood Drive and struck Katrina M. Hudson, 44, of Millsboro, who was walking in the westbound traffic lane of Zoar Road. The suspect vehicle continued west on Zoar Road and fled in an unknown direction. Hudson was pronounced dead at the scene of the collision.

There has been no lead or description of the vehicle involved in this case. The Delaware State Police Collision Reconstruction Unit asks anyone with information regarding this accident or information regarding the striking vehicle that left the scene to contact Sgt. N. DeMalto at 302- 703-3269. Information may also be provided by calling Delaware Crime Stoppers at 1-800-TIP-3333 or via the Internet at www.delawarecrimestoppers.com.

The accident happened on August 11, 2020, at approximately 1:06 a.m., when an unknown vehicle was traveling eastbound from Ogletown Stanton Road (Rt.4), east of Churchmans Road. Aleesha Lingafelt, 27, of New Castle, was walking in the right hand lane of eastbound Ogletown Stanton Road and was struck by the vehicle. The unknown vehicle did not stop after the collision.

Aleesha Lingafelt, 27, of New Castle, DE, was transported by EMS to a local hospital where she was pronounced dead.

Soldiers investigating this accident determined that the striking vehicle is red would have had noticeable damage to the front end.

The incident occurred on Nov. 5, 2020, at approximately 6:34 a.m., when a vehicle traveling eastbound on County Seat Freeway, just west of Old Furnace Road, approached a slight curve . The pedestrian, a 49-year-old Jamal L. Woodlin of Lincoln, was walking eastbound on the shoulder of the roadway. The vehicle failed to negotiate the curve of the road and rolled onto the shoulder, hitting Woodlin with the front right. He was thrown down an embankment, landing in a shallow ditch. The vehicle did not stop for the collision.

Through the survey, a the possible vehicle involved in the collision is a white Ford E-Series minivan with damage to the front right. The image shown is similar to the suspect vehicle.

The Delaware State Police Troop 7 Collision Reconstruction Unit is asking anyone with information regarding this crash to contact Sgt. N. DeMalto at 302-703-3269. Information can also be provided by calling Delaware Crime Stoppers at 1-800-TIP-3333 or online at www.delawarecrimestoppers.com.

On September 8, 2021, at approximately 4:14 a.m., soldiers received a report of a pedestrian located in the northbound right lane of DE SR 100 (South DuPont Road), in the area of ​​the intersection with Taft Avenue. The investigation determined that an unknown vehicle was traveling northbound on DE SR 100 in the right lane of traffic when it struck the pedestrian. The vehicle continued north towards the intersection of DE SR 100 and Faulkland Road to an unknown destination.

The victim identified as Jason Gooden, 34, of Wilmington was taken to a nearby hospital, where he was pronounced dead.

Soldiers are asking anyone who witnessed this collision, who resides in the area, and who may have a doorbell or surveillance footage, or any information on a suspicious vehicle, to contact Master Corporal John Breen by calling 302-365-8486 or by emailing [email protected] Information may also be provided by calling Delaware Crime Stoppers at 1-800-TIP-3333 or via the Internet at www.delawarecrimestoppers.com.

If you or someone you know is a victim or witness to a crime or has lost a loved one to sudden death and needs help, the Police Victim Services Unit The State of Delaware/Delaware Victim Center is available to provide support and resources 24 hours a day through a toll-free 1800 VICTIM-1 hotline. (1-800-842-8461). You can also email the Victim Services Unit at [email protected]

You can track the Delaware State Police by clicking:

Please let us know how we are doing through our Citizen Satisfaction Survey.