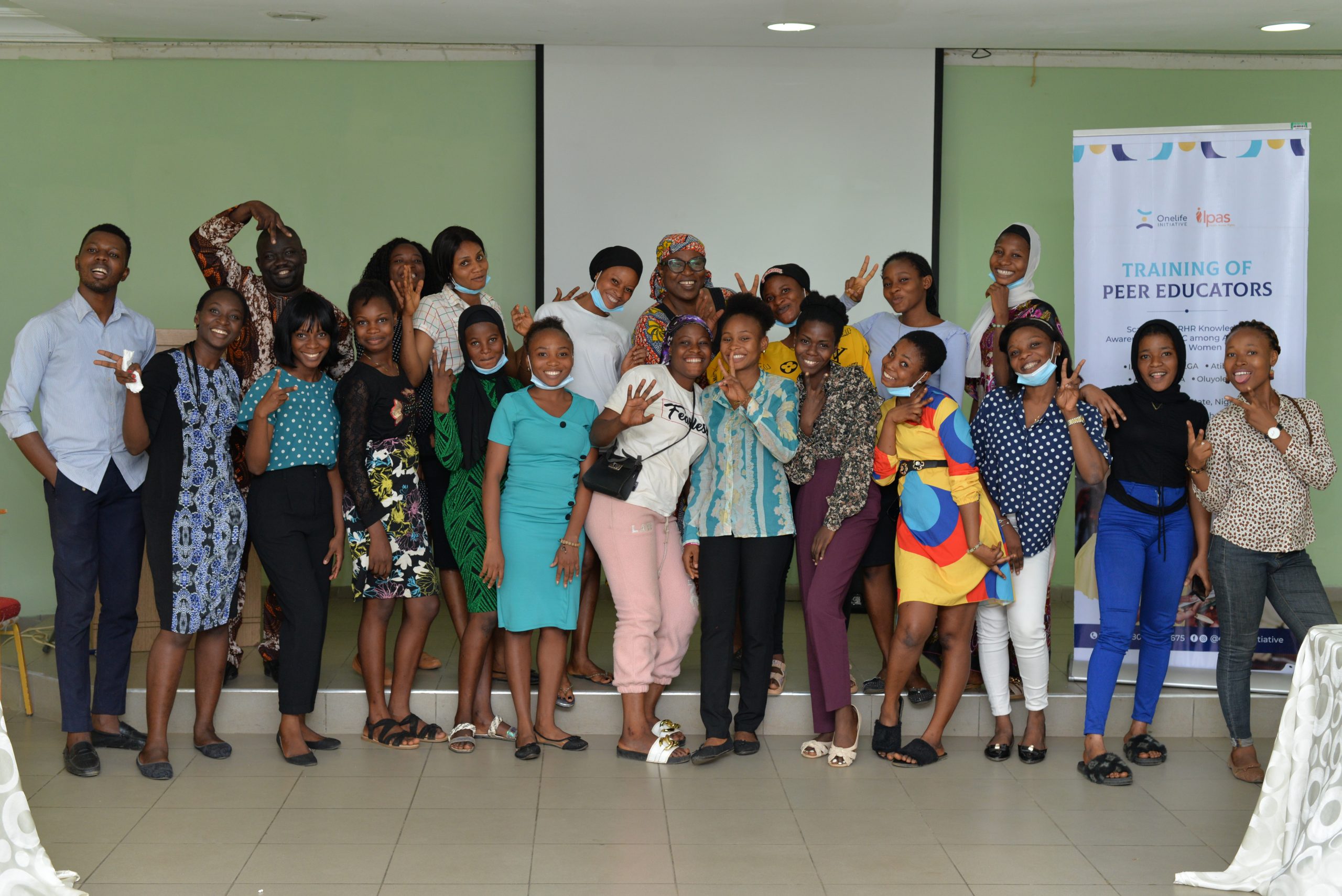 Onelife Initiative, a non-profit organization with offices in Oyo, Ekiti and Akwa Ibom, has partnered with Ipas Nigeria to provide comprehensive sex education to nearly 2,000 women in four local government areas in the state of ‘Oyo, Nigeria.

According to a statement released by the organization, the Sexual and training on the subject of information on reproductive health and rights (SRHR) will also include the dissemination of information on the risks associated with unsafe abortion.

“The project aims to reduce the repeated incidences of maternal mortality among adolescent girls and young women, especially those caused by unsafe abortions,” read a statement signed by ‘Sola Fagorusi, Executive Director of Onelife Initiative.

“Evidence shows that this is mainly due to the lack of access to accurate and appropriate information on reproductive health and rights, particularly in the face of cases of unplanned pregnancy. Unsafe abortion accounts for about 40% of maternal mortality and morbidity in Nigeria.

Over a four-day period, 30 selected peer educators and quasi-peer educators were trained by seasoned professionals such as Dr. Akintunde Fehintola and Dr. Ayodele Stephen, both consultants in Obstetrics and Gynecology; Princess Emele, Grace Ifenne and Tamilore Omojola.

“This project has enabled us to have direct contact with the huge unmet reproductive health and rights needs of girls and women in the four local governments the project is focusing on in Oyo State” , added Fagorusi.

“From our interaction with girls and women from Atiba, North Ibadan, Oluyole and Akinyele local government areas, they mentioned that it was the first time someone had spoken to them about the safe management of unwanted pregnancies.

“Our session also explored the adoption process in Oyo State. Online and offline WhatsApp sessions and community outreach events are also part of our approaches in addition to the physical cohort sessions held in these communities.”

The target beneficiaries of the training are artisans, out-of-school students, high school and undergraduate students.

It is also expected that by the end of May, the 30 peer and near-peer educators will have directly reached more than 1,700 women under the age of 35.