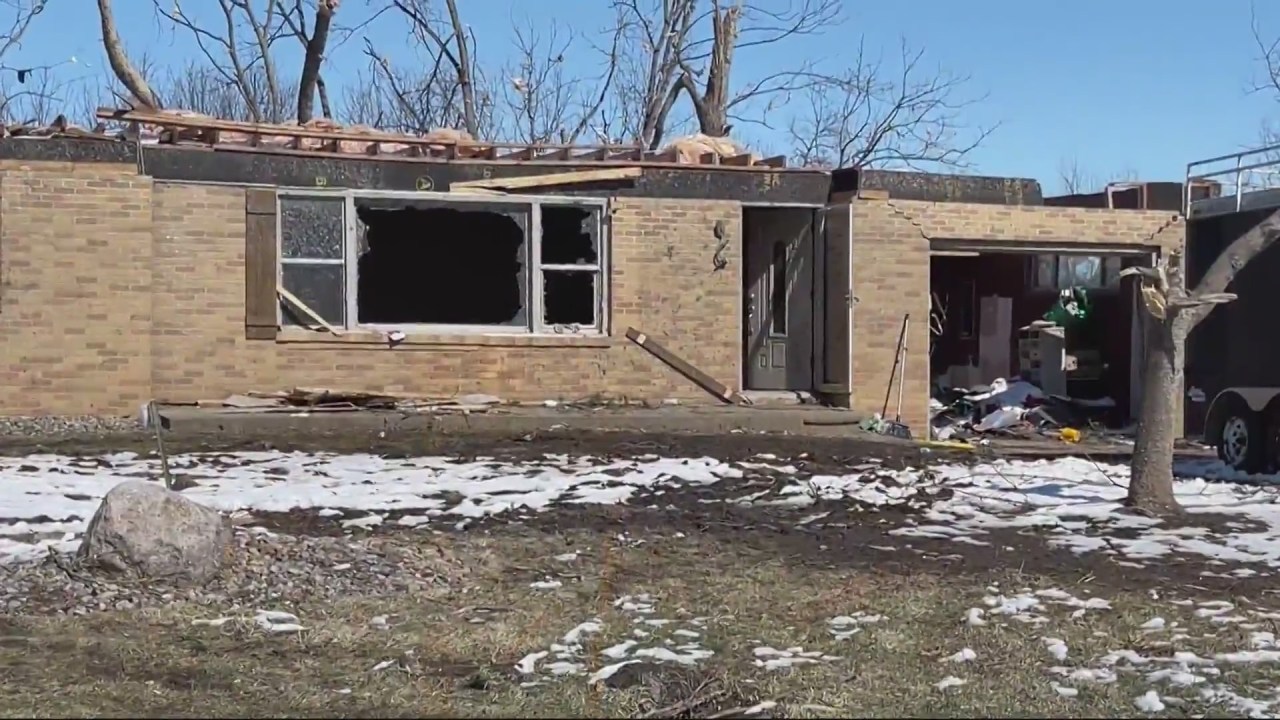 Owners of a ranch-style brick home were huddled in the basement as the tornado tore through their neighborhood. When the sound of the storm stopped, they heard someone screaming on the ground floor of their house. The screams came from a neighbor who saw their roof was missing and ran to get them. Everyone was fine, but when they came out of the basement they saw how bad the damage was.

“We arrived and when I got to the top of the hill I saw Jerad and Chrissy’s house here,” neighbor Dave Williamson said. “I just came down the road and they were coming out of the house and I met them here, but you know they were in shock.”

Williamson’s home was not affected by the tornado, but says he knew when to take shelter because he listened to OMS-13’s coverage of the tornadoes.

“I told my wife and kids that we should probably go downstairs,” Williamson said. By the time we got to the top of our stairs it was here, and by the time we came down the stairs and into the closet it was over, just as fast, in 10-15 seconds.

Several homes near Yellow Banks Park were also damaged, some severely. A homeowner blew most of the glass out of his windows, leaving shards of glass on the carpet inside. Outside, its steel shed and the trucks inside were directly hit. Nearly 60 people from Rising Sun Church of Christ came to help Williamson clean up the mess.