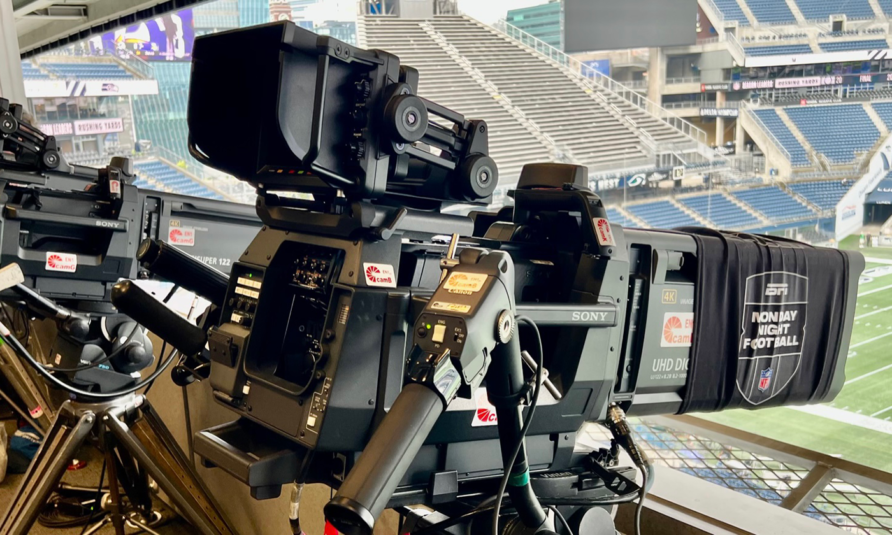 ESPN’s Monday Night Football gets a facelift with a revamped truck, refreshed imagery arsenal and a new star-powered booth

NEP’s EN1, MNF’s production truck since 2013, gets an IP upgrade

Week 1 of the NFL season wraps up tonight, and a weekend full of gripping storylines is capped off with perhaps the most intriguing broadcast of the season.

ESPN Monday night football is back, opening his schedule with the thrilling return of quarterback Russell Wilson to Seattle in his first game under Denver Broncos center. Besides that, the story Monday night football brand ushers in an exciting new era as the long-time announcements team of Joe Buck and Troy Aikman make their highly anticipated debut on ESPN.

For Monday Night Football, ESPN upgraded its EN1 production truck and upgraded its camera arsenal with some of the latest imaging solutions from Sony and Canon.

There’s a bit of something for everyone in this production tonight – even those who love what happens behind the scenes.

Amid the much publicized changes that have taken place during the FMN off-season, ESPN has also made significant investments in its production and operations facilities, working with partner NEP Group to dramatically remodel the property’s main mobile unit, EN1.

“Who doesn’t love stepping into a brand new kitchen in a house you’ve been living in for a decade?” said Jimmy Platt, lead director, Monday night footballESP. “That’s the most important factor for me and for the rest of the team. For engineers, space is a second home for five months of their lives, three days a week. Walking into the same house you’ve been walking into for several years is refreshing, and seeing the same familiar faces running the trucks every week is awesome. Then having all the new, latest and greatest appliances on the market right now is nothing short of remarkable.

All new is the replay network (which has been moved to EVS XT-VIA servers and LSM-VIA remotes), the entire routing system and the multiviewer network via a Cisco backbone with Lawo processing. NEP says the four-unit EN1 was refreshed during a seven-week sprint that prepared it for a rehearsal on FMN the team ran in a preseason game in Seattle last month.

“[EN1] was truly the biggest and best truck you could build [in 2013],” says Michael Pean, Director, Sales, NEP Group“but ESPN was at the point where they filled it in. If they added anything, they had to take something away. Everything was accounted for. We worked together to grow it together. We found a 2110 hybrid with a decent amount of SDI, since we didn’t have time to rebuild an entire truck.

Upgrades to EN1 have resulted in a full update to ESPN’s replay network for Monday Night Football. New to the show, EVS XT-VIA servers and LSM-VIA controllers.

According Dan Turk, Vice President/Chief Engineer, NEP Groupthe new enhanced EN1 and its IP benefits provide the flexibility that the Monday night football the crew didn’t last season. Everything can be distributed among the multiple trucks via a protected SMPTE ST 2110 network and even reserves space for five driver stations with custom GUIs so rooms can route their own multiviewers, reels, counters, and more.

The new infrastructure also allows ESPN to ship a whole new range of acquisition tools: a fleet of Sony 5500s, two Sony F5500s and a collection of new Canon lenses, including 122×8.2 glass.

“The best part of [the new lenses] that is, you get more distance with a hard camera,” says Platt. “For example, in an upscale area [position] it’s really far, you can get closer shots from the camera than you ever could. It’s amazing.

“But what I like about them that’s probably overlooked,” he continues, “is that the wide side of the lens is much wider than what we’re used to. It doesn’t look like much when you go from an 8.9 to an 8.2, but, with just that little bit wider of a gaming camera or high-end area [camera] in big moments when the crowd goes wild, you can wrap it up with a single camera shot. It’s wider than you’re used to, and it’s really great.

ESPN’s Monday Night Football trucks parked outside Lumen Field for the season opener between the Denver Broncos and Seattle Seahawks.

Platt is particularly excited about the tools that allow his team to add more cinematic-style imagery. To do this, ESPN has put Sony F5500s as handhelds on each sideline, added a higher-resolution camera in the cabin for the Buck and Aikman shots, and, when allowed, will use live or prepackaged drone footage. The crew also brought back the Sony HDC-4800 full-sensor camera to the upper station of the dual sideline cart, as well as the field RF rig of a Sony FX9 with a primary lens on an ARRI stabilizer Trinity.

“We have a whole range of camera types and lens pairings to tell the story visually in a way that I think will be more compelling,” says Platt, who works on the front bench alongside of producer Phil Dean. “It may not be very noticeable to the public, but I think they will feel something a little different without knowing it.

“If you [asked] great cinematographers in Hollywood,” Platt continues, “they would tell you that what they take pride in their work is that [they can] arouse emotions and create connection in shots, in the way things are portrayed and/or formed and/or focused that gives you an emotional feeling and/or connection. They don’t want you to notice or even understand why they’re doing it, but it does establish that connection. Hopefully we can also offer some of that in a sports environment, which we don’t control like they do in Hollywood.

It’s like a whole new place to call home for a show that will be radically different to the average NFL fan at home. The move of longtime Fox pit crew Buck and Aikman drew considerable attention in the offseason. After the dust settled on the exodus of advertisers, Platt and Dean had time to meet and establish a relationship. As mentioned, the full FMN participated in a closed-door rehearsal at a preseason game in Seattle — a rehearsal that went so well that, according to Buck, ESPN was able to wrap it up at halftime.

“It’s been fantastic so far,” says Platt. “All of our meetings and conversations with them have been nothing but amazing. Phil and I are super excited and so is the whole company with what lies ahead. Monday night football with Joe and Troy calling the games.