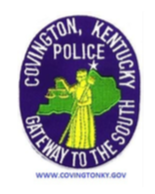 Kearies Simpson, 21, of Covington charged the wrong way in an I-75 collision that killed Martha Arlinghaus

Covington Police say Kearies Simpson, 23, of Covington, has been charged with murder, seven counts of 1st degree wanton endangerment and 1st degree criminal mischief in connection with a fatal crash on 1-75 this week.

Police said Simpson was the driver of the oncoming vehicle. She was housed in the Hamilton County Detention Center pending extradition to Kentucky.

The other passenger in the oncoming vehicle was released from the hospital.

Northbound Interstate 75 was closed from the Kyles Lane exit for a period of time as investigators worked on the scene and traffic had to find an alternate route to downtown Covington/Cincinnati.

Investigators are asking anyone who may have witnessed the actual collision to please contact Detective Gregg Andrews at 859-292-2271.

Martha Arlinghaus has dedicated her life to Catholic education as a teacher, first at St. Paul’s School in Florence, at St. Benedict’s School in Covington, then at Villa Madonna Academy Elementary School in Villa Hills. She had a lifelong connection to the Benediction community. She retired from teaching in 2002.

She is survived by her brothers Robert (Martha) and Kenneth (Sally) Arlinghaus as well as numerous nieces and nephews.

Visitation will be Monday from 9 a.m. to 10 a.m. at Middendorf Funeral Home in Fort Wright and Mass for Christian Burial will follow at 11 a.m. at St. Walburg’s Monastery in Villa Hills. Interment will be in Sainte-Marie Cemetery. In lieu of flowers, the family asks for memorial donations to St. Walburg Monastery or Villa Madonna Academy.