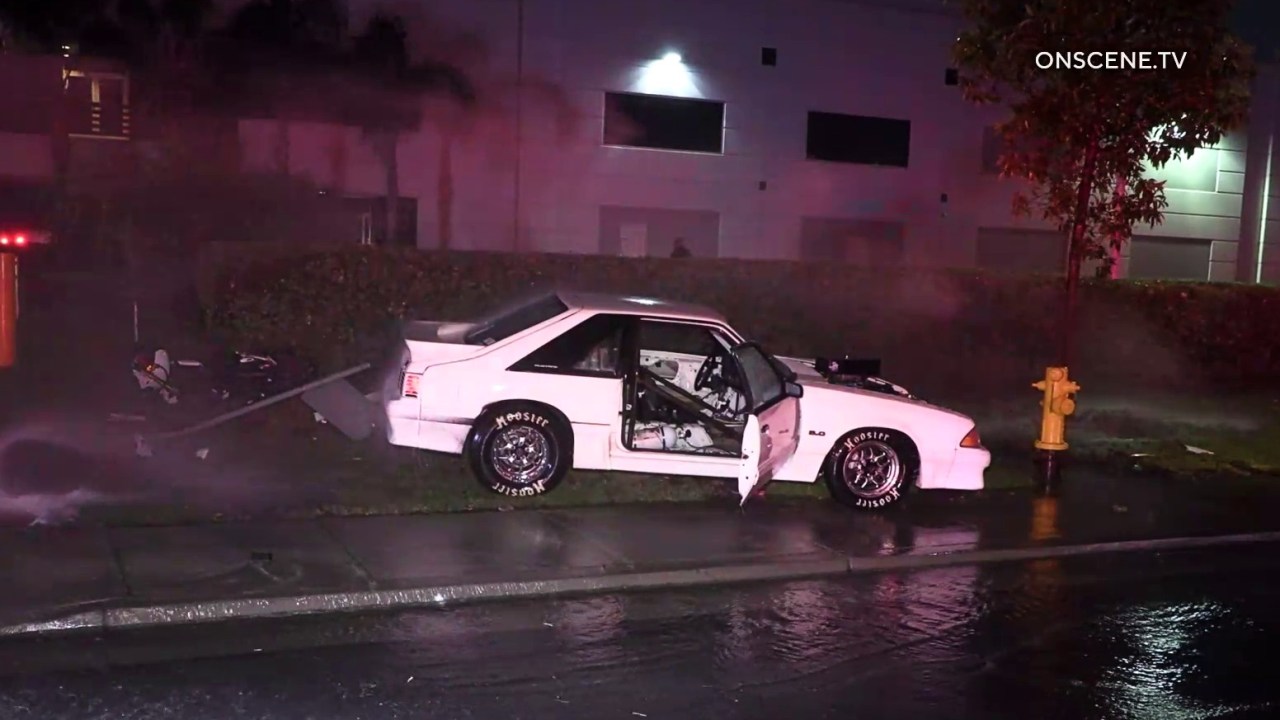 SAN DIEGO – Police are sorting out what led to a fatal crash on a street in an industrial estate just north of the US-Mexico border on Sunday, where a group of people with modified cars had apparently gone gathered.

The collision was reported to police just before 6 a.m., with a 911 call telling authorities a driver lost control and crashed. Officers and paramedics arrived and found a seriously injured person on Kerns Street in Otay Mesa, a wide road lined with industrial buildings south of National Highway 905.

First responders gave the person CPR, but they were pronounced dead at the scene, a San Diego Police Department surveillance commander said.

A video from OnScene.TV showed a modified car collided with a fire hydrant or other water source, spraying on the road. A crumpled motorbike and a downed street sign lay next to the wreckage of the car, which lay on the grass near the sidewalk on the street.

Police questioned more than half a dozen people who remained in the area after the crash. There were trucks parked on the street with trailers carrying modified cars, some adorned with stickers for street racing groups or auto companies. Through the open door of the crashed vehicle, a nitrous oxide tank was visible.

Police did not directly comment on what led to the crash or whether anyone was suspected of a crime when asked.