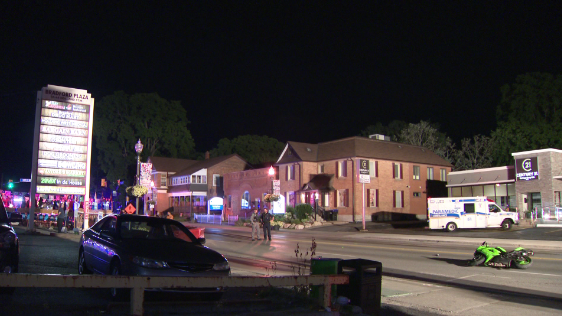 A man has been charged with impaired driving offenses following a fatal collision in Bradford West Gwillimbury, Ont., police say.

In a news release, the South Simcoe Police Service said officers responded to reports of a collision around 12:20 a.m. Saturday.

Police say a motorcyclist was struck by two separate vehicles on Holland Street East and Barrie Street. Officers determined that the motorcycle had been rammed by one vehicle before hitting the second.

The car that hit the motorcycle raced up the sidewalk and crashed into a building, severing a gas line, police said.

The motorcyclist, a 32-year-old man from Bradford, was pronounced dead at the scene, police said.

The driver reportedly fled the scene on foot before a K9 unit arrived on the scene and assisted in the arrest of the driver. The driver of the second vehicle cooperated with the police.

He was held for a bail hearing.

Police alleged that alcohol and speed were factors in the collision. They asked witnesses who may have seen the vehicles during or before the accident to come forward.