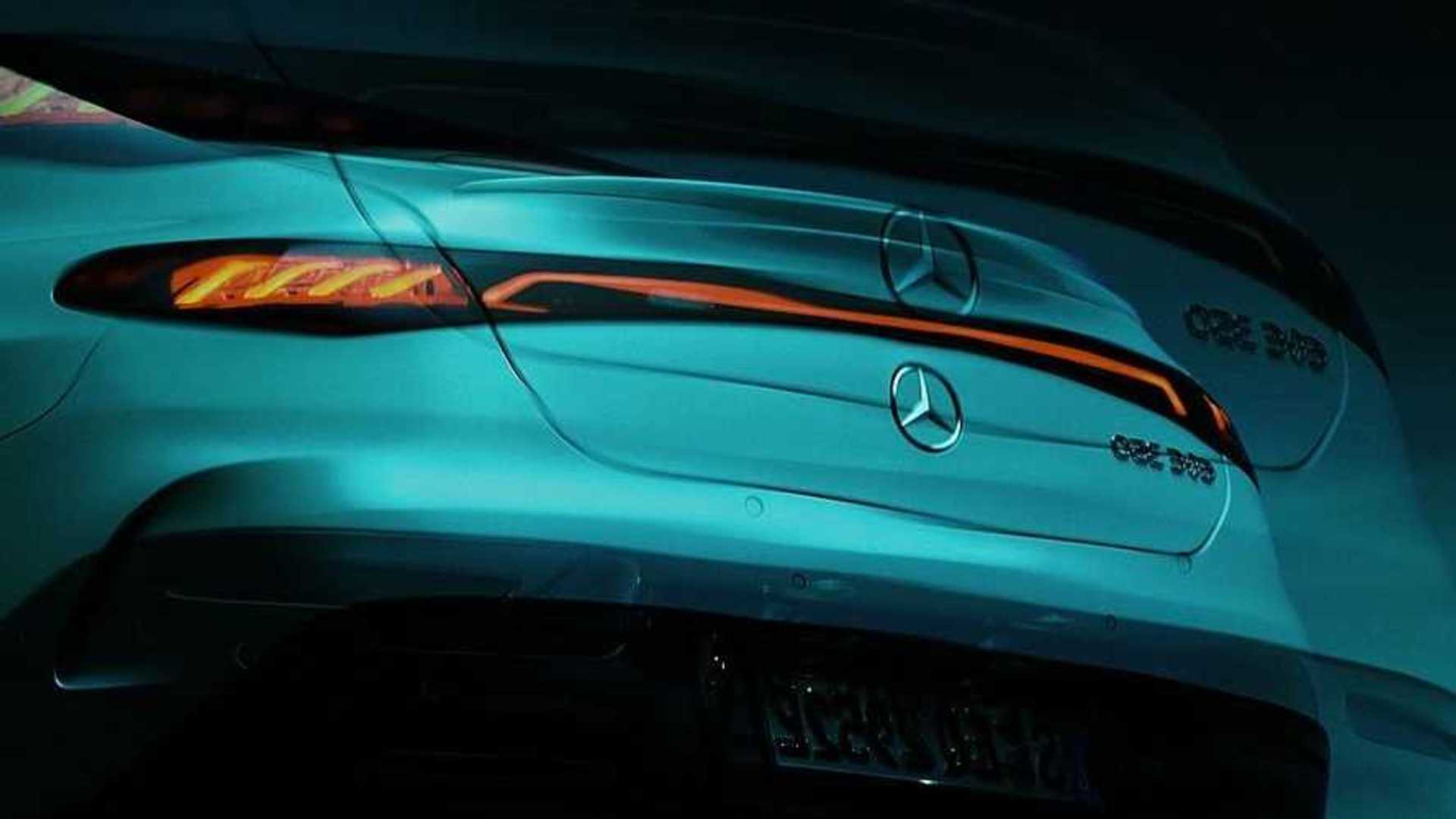 When the doors to the IAA Munich Motor Show open in a few days, Mercedes-Benz is expected to have one of the biggest booths of all. The company plans to launch products like the GT 63 SE Performance, a new Maybach model, and now we know it, an EQE sedan inserted under the larger EQS.

A new teaser image posted on the automaker’s Facebook page gives a glimpse of what we can expect from the smaller electric sedan when it debuts in Munich later this weekend. Admittedly, the photo doesn’t show much other than a reflection of the EQE from below (which we flipped in Photoshop for the main image). But it shows a full-width LED light bar similar to the EQS design, black accents around the fixtures, an EQE 350 badge… and that’s it.

Along with this new image, previous teasers told us that the Mercedes-Benz EQE will feature the new Hyperscreen interior design, which houses three dash-mounted displays under a single piece of massive glass. We also know that the EQE will use the same platform as the EQS, so it should have a decent amount of power.

As mentioned, the EQE won’t be the only car at the Mercedes-Benz stand in Munich this year. The new GT 63 SE Performance – which debuted online earlier this week – will be here, as will a new Maybach model on the horizon, and rumors suggest there will be a lot more to see beyond it.

But we won’t know all the details until the doors of the IAA Munich Motor Show open to the media on Monday, September 6 and to the general public in the week following. Stay tuned Motor1.com all next week for live coverage from Germany.

What to do after a hit and run in Iowa