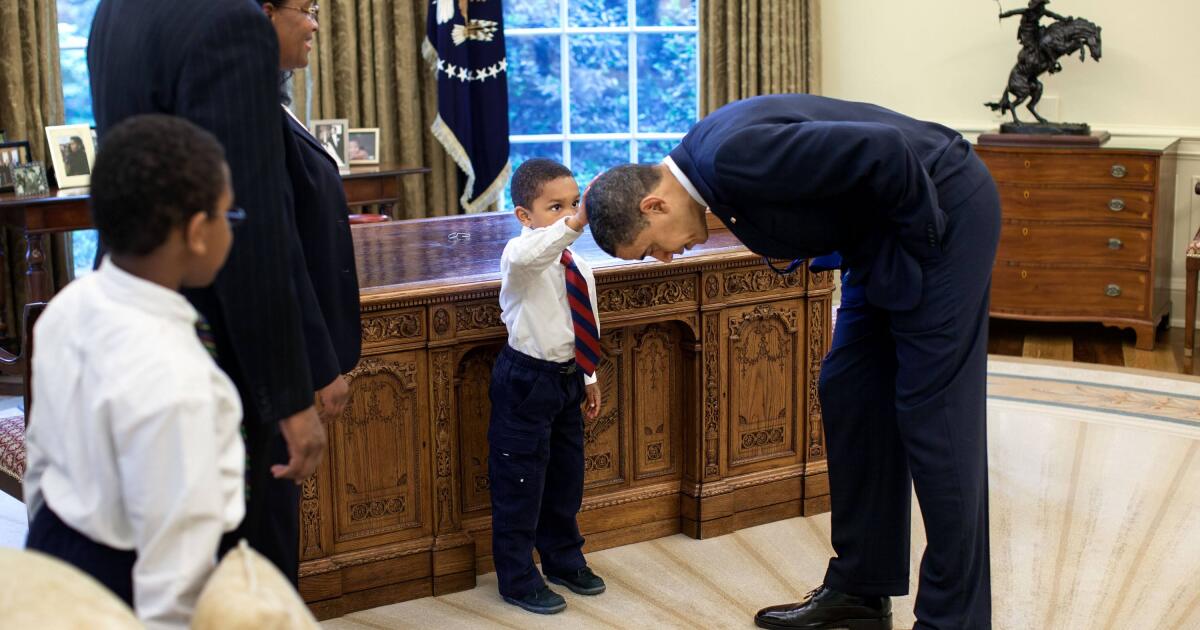 Obama photographer Pete Souza inducted into the Hall of Fame

This interview will be on “St. Louis on the Air” at noon hour Monday. This story will be updated after the show. You can Listen live.

President Barack Obama and photojournalist Pete Souza go back a long way. When Souza worked as a Washington-based photographer for the Chicago Tribune, he documented Obama’s political career as a United States Senator.

He did such a good job that President Obama asked Souza to become his official White House photographer in 2008. It was the second time he had held this position after having held the same position for President Ronald Reagan. .

Millions of photos later, Souza will be inducted into the International Photography Hall of Fame in St. Louis on October 29. He will join on Monday Saint Louis on the air to reflect on his career as a presidential photographer through the administrations.

Do you have a question or a comment for Pete Souza? Tweet us (@STlonAir), send an email to [email protected] or share your impressions via our Saint Louis on the air Facebook group, and help inform our coverage.

“Saint Louis on the air”Brings you the stories of Saint-Louis and the people who live, work and create in our region. The show is hosted by Sarah fenske and produced by Alex heuer, Emily woodbury, Evie hemphill and Lara hamdan. Jane Mather-Glass is our production assistant. The sound engineer is Aaron Doerr.