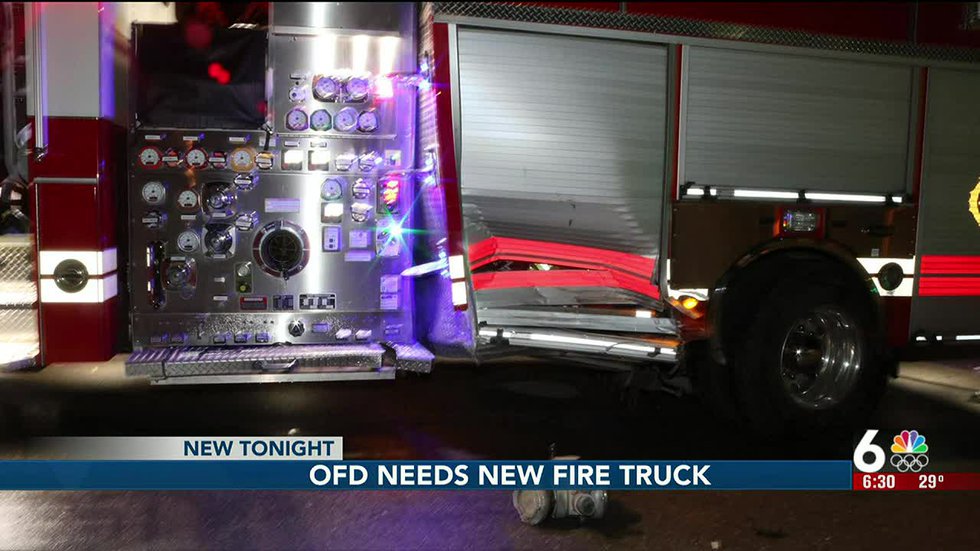 OMAHA, Neb. (WOWT) – The Omaha Fire Department needs another fire truck. There was nothing wrong with that until the firefighters were on their way to a call three weeks ago.

It is something that is ingrained in our heads during driver training.

When an emergency vehicle is nearby with lights and sirens, pull as close to the right of the road as possible and stop. The fire engine, rescue team or police car have priority.

The three engine is new in the years of the fire. He’s been on the Omaha Fire Highway for less than a year and that’s as far as the odometer will go.

It has been totaled.

Earlier this month, just south of downtown at 10th & Martha, an SUV pulled up as a fire engine headed for a medical call. According to the incident report, as the fire truck turned left in the diagram, the black vehicle passed the stopped car and crashed into the truck.

The driver had to be cut from his car, Omaha police cited the 20-year-old for his second DUI.

â€œI know people are in a rush to get things done. But we’re here to help a loved one, â€Fitzpatrick said.

The accident broke the axle of the fire truck. When medics continued to call for the rescue team, another fire engine had to be called in to assist.

â€œThe most important thing is to be aware of your surroundings. Look for us – we are working and trying to help people, â€Fitzpatrick said.

On average, the Omaha Fire Department sees eight accidents per year with its vehicles. It was unusual.

Typically, the majority of accidents happen when firefighters have pulled over and are dealing with a fire or rescue call and someone runs into the back of a fire engine.

Collision Technology Conference kicks off in Toronto amid industry downturn and…