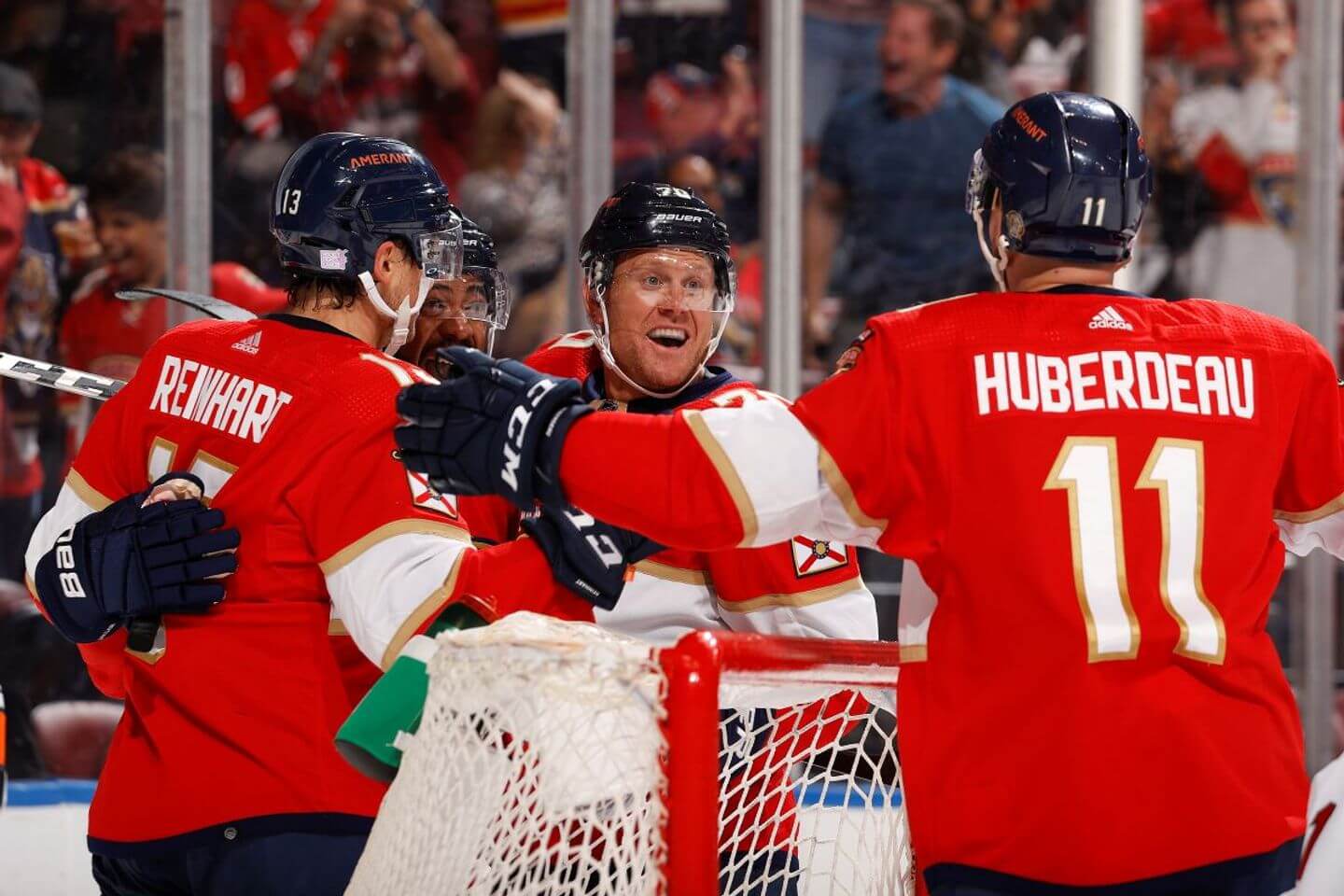 It was a game that had a bit of everything – a surprise pre-game scratch and a controversial ejection. But when it was over, the Florida Panthers remained the only NHL regular-time unbeaten team, beating Carolina 5-2 on Saturday to hand the Hurricanes their first regulation loss this season.

League-leading 10-0-1 Florida did so without captain and scoring leader Aleksander Barkov, who was eliminated late with a lower-body injury. The Panthers were sparked by a career night out for forward Anthony Duclair, who had four points (two goals, two assists) and goaltender Spencer Knight, who made 28 saves and is now 8-0- 1 in career.

â€œIt just shows how many Warriors we have in this locker room,â€ Duclair said on the Panthers TV show. â€œEspecially (Barkov) falling. It’s a big chunk for us. We wanted to do it for him. Every time one guy breaks down another guy steps up.

Another key factor: Florida’s power play. The Panthers scored three times on the power play in the first period to take a 4-0 lead. Carolina replaced starting goalie Frederik Andersen, who allowed four goals on 15 shots, after the first period with Antti Raanta.

Andersen is set to return in the second period after Raanta was injured in a 12:22 collision with Panthers winger Ryan Lomberg after Raanta left the enclosure to play the puck. Lomberg was given a five-minute major for charge and misconduct in the game.

“We just hope Antti is doing well,” forward Vincent Trocheck said on the Hurricanes’ broadcast after the second period. â€œObviously you never want to see a teammate fall like this. He didn’t move for a little while, so we were a little worried. Glad to see him skate off the ice. From there, we were just trying to go out and win it for him. “

Coach Rod Brind’Amour said after the game Raanta “was fine when we got out of here” but added that he believed the goalkeeper had suffered a concussion. “I’m not sure yet,” he said, “but I guess that’s what’s happening.”