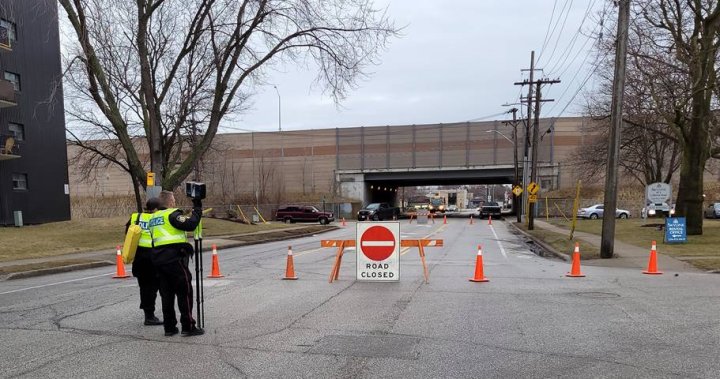 Police in Sarnia, Ont., are appealing to the public for information as they investigate a collision that left a pedestrian in hospital Wednesday morning.

The crash between the pedestrian and a motor vehicle happened just after 6 a.m. on Colborne Road, just north of Guthrie Drive West, police said.

The pedestrian was taken to hospital with serious and life-threatening injuries, while the driver of the vehicle was not injured, police said.

Officers from the police department’s traffic unit are hoping to gather information from anyone who may have witnessed the crash.

In particular, police are asking if anyone had “noticed a 6-foot-2 tall, long-haired male in the area just prior to the collision.”