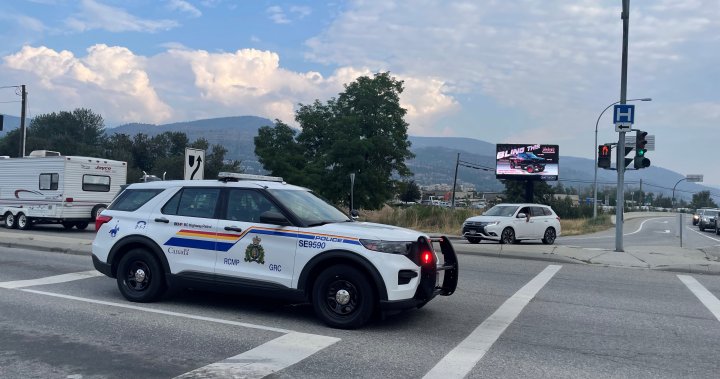 A South Okanagan man was killed in a motor vehicle collision in Penticton, British Columbia on Thursday afternoon.

Police say the collision happened on the Channel Parkway around noon and involved a motorcycle and a car turning left at an intersection.

A logging truck was submerged in Penticton, British Columbia, after hitting a guardrail

Penticton RCMP say the Yamaha motorcycle was heading south and collided with the northbound Volkswagen which was turning onto Green Mountain Road.

They added that there was no indication of criminality in the collision.