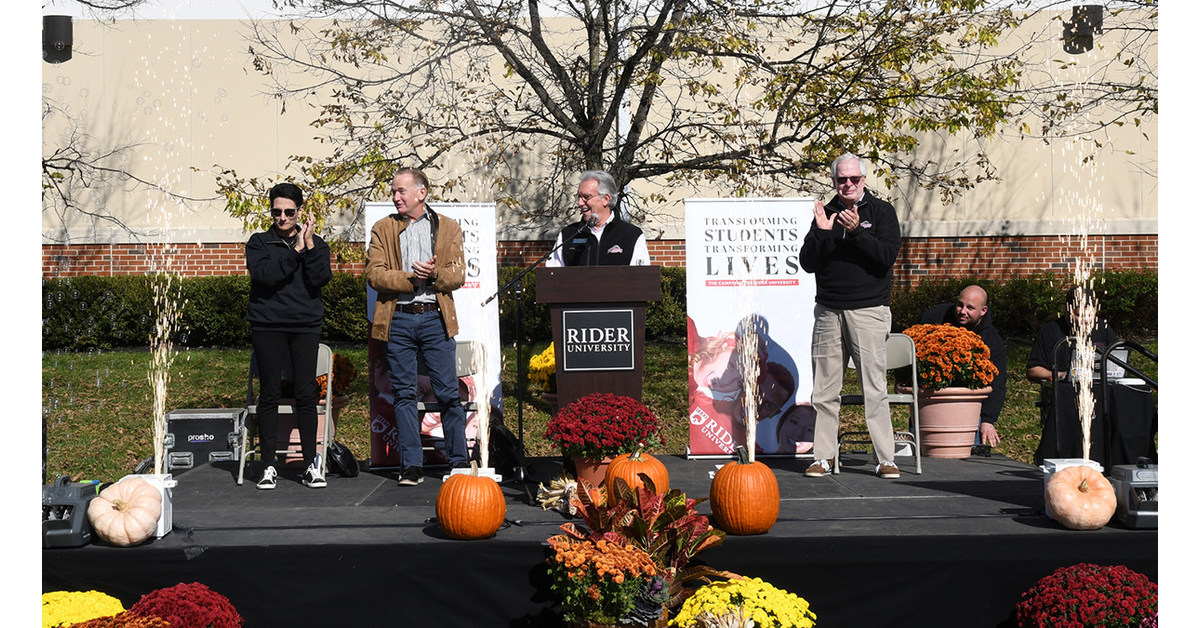 President Gregory G. Dell‘Omo, Ph.D., told alumni and friends gathered for the announcement on October 29 over the Homecoming weekend that they were key to the success of the campaign. “This bold undertaking will indeed provide us with the resources to continue transforming the lives of our students. I couldn’t be happier to celebrate this news with all of you who, like us, believe in Rider.”

The campaign aims to increase support for scholarships, build of the rider endowment, modernize campus facilities and support student success by strengthening the Annual Fund.

The University has quietly raised over $76 million toward its overall goal with 37 new endowed scholarships created since the campaign began in 2018. To date, the campaign has yielded 16 donations of $1 million or more, including more than $20 million from the administration board.

During the quiet phase, Rider received its biggest donations yet for scholarship, business, science, technology and athletics, including a $10 million gift from Norm ’64 and Elaine Brodsky which led to the appointment of the Norm Brodsky College of Business in 2019.

The University also received its greatest gift for science, $4 millionof Mike Hennessy ’82. Hennessy made the donation in honor of his late wife, Patti Hennessy ’82, before passing away in 2021. Rider also received his biggest donation to athletics from wayne canastra ’72 and university administrator Jill Hammer Canastra ’72. The couple gave $4.5 million to support the University’s campaign to elevate the alumni gymnasium into a modern NCAA Division I arena.

Established more than a century and a half ago, the University has grown from a single classroom to Trenton to a comprehensive, coeducational university on 280 acres in Lawrenceville, New Jersey. Today, Rider continues to evolve through new academic programs, innovative partnerships, and an improved living and learning environment.

Kearies Simpson, 21, of Covington charged the wrong way in an I-75 collision that killed Martha Arlinghaus