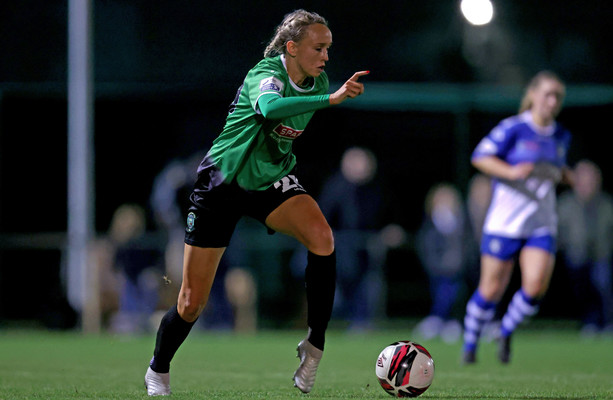 JESS LAWLER’S SECOND half-time goal proved the difference at Tolka Park as Wexford Youths cruised to a 1-0 victory over Shelbourne.

Lawler was rewarded for her persistence after chasing a long ball and blocking Amanda Budden’s clearance attempt. The ball bounced into the net to close the gap at the top of the board.

This is it for Wexford!! Jess Lawler charges a clearance from Amanda Budden to give the Youths the advantage ⚽️

In the first half Jess Ziu came close to the goal but her effort into the top corner was well saved by Wexford’s Maeve Williams.

Elsewhere, a Stephanie Roche hat-trick helped Peamount United to a convincing 5-0 victory over Sligo Rovers. Roche scored with a header, an excellent first from the left foot and from the penalty spot. Alannah McEvoy and Tara O’Hanlon also scored in this game.

He finished all levels at Fahy’s Field as Galway WFC and Athlone Town played out a goalless draw.

Get closer to the stories that matter with exclusive analysis, insight and debate in The42 Membership.

There was late drama in the Munster derby. It ended in a 2-1 victory for Cork City thanks to a late goal from Lauren Singleton. Singleton fired a curling free kick with less than ten minutes remaining after Danielle Burke and an Aislinn Meaney penalty squared the sides.

Shelbourne’s lead at the top is reduced to five points and Peamount is back to the top! Here is the table after the series 1⃣4⃣#WNL | #LOTV pic.twitter.com/yurKshPwED