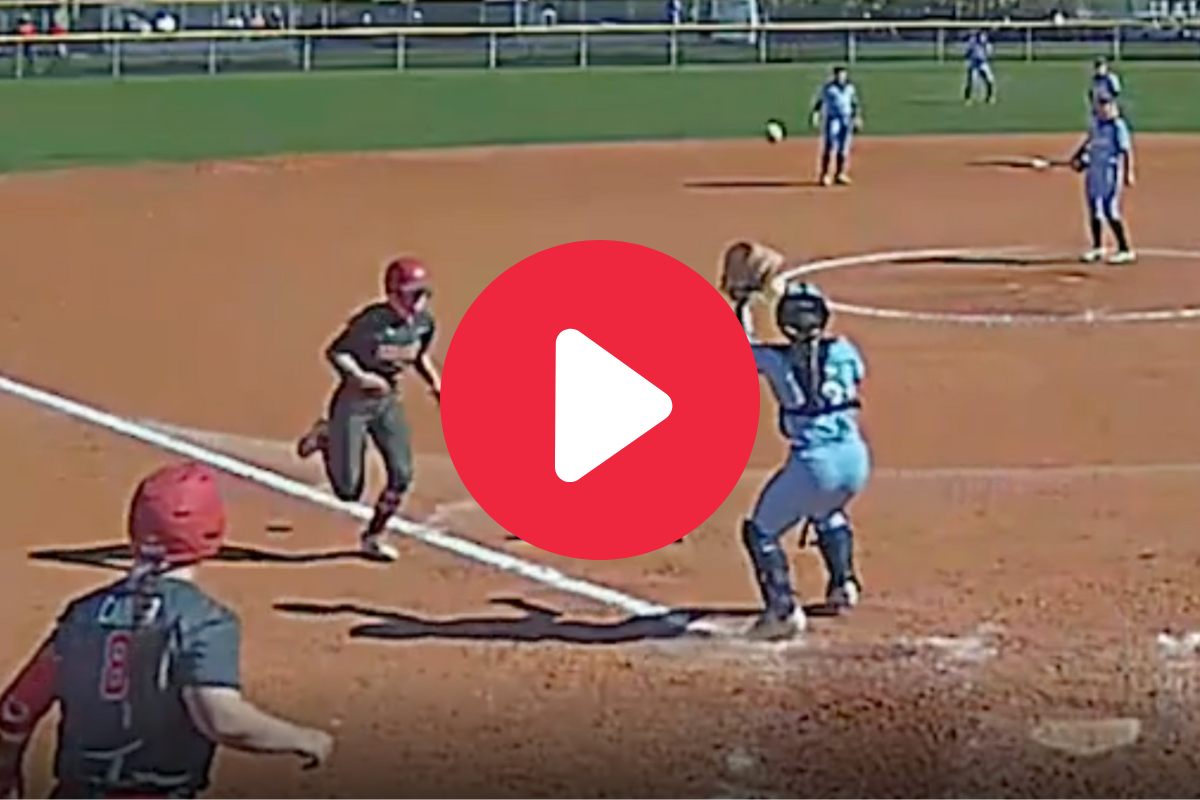 As fans, we’re used to seeing bang-bang plays that can end in tragedy (Google Buster Posey or Ray Fosse for context). Nobody ever wants to see that happen, which is why countless rules have been enacted to help prevent these human wing benders from happening.

Yet they happen. And when they do, it’s usually controversial.

That collision in a UNC-Ohio State game this season was certainly controversial, but it also showed just how tough these girls are.

It is Taylor Greene, University of North Carolina senior receiver. She’s tough as nails behind marble, and this piece is proof of that. The UNC softball Instagram account posted it on Monday, but it was actually a game against Ohio State in February.

When a runner from Ohio State was turning third and heading home, the throw from center field brought Greene up the line a bit and she absorbed a massive hit from the runner. She hung on and originally appeared to be out, but the referee called an obstruction on the play, ruling that Greene had illegally obstructed the runner’s ability to score.

But was it the right call? Let’s dive into it.

According to section 9.5.1 of the NCAA softball rulebook“Obstruction occurs when a fielder, neither in possession of the ball nor in the process of fielding a batted ball, prevents a batter from attempting to make contact with a pitch or impedes the progress of any runner who legally executes goals on live pitch. Ball.”

He goes on to say that “it is obstruction if a defensive player blocks the entire base/plate or base path without the ball and/or the runner has no path to the base/plate.”

Now here is the moment when Greene catches the ball:

She is clearly in possession of the ball just before the runner arrives, but she is far from home plate and arguably does not give the runner a path home that the runner is entitled to. A split second later, Greene’s left leg goes completely in front of the runner, leaving her no choice but to lengthen it.

What is interesting in the interpretation of the rulebook is the part where it says this: “Once in possession of the ball, the defensive player can position himself between the runner and the base/plate.

To me, there’s a real case for the UNC side that she grabbed the ball just before the runner came in and then got in between her and the base. According to the rules, this should be legal.

The referee didn’t see it that way. Sure, it’s not an easy call to make in real time, but it’s a call that can affect the outcome of a game, so it has to be correct.

Either way, there’s no debating, Taylor Greene is one tough girl to hang on to.